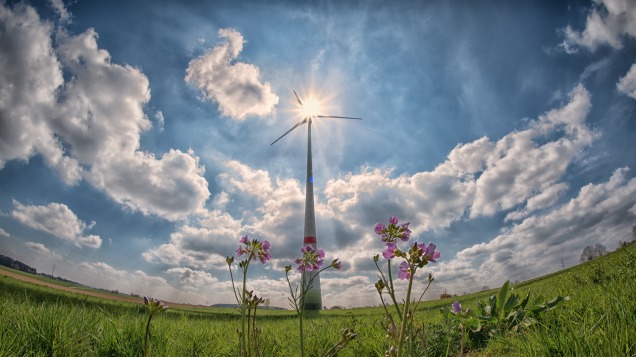 A lot it would seem, if you’re a large oil and gas company repositioning yourself as a low-carbon committed energy company. So, on 15 March, Statoil announced that it would be changing its name to Equinor, a name that signals equality and a return to its Norwegian roots. The proposed name change is now subject to a shareholder vote at the company’s AGM on 15 May but given the support of the Norwegian government, which is a majority shareholder, it is unlikely that there will be any dissent. The name change, which is rumoured to cost approximately US$32 million, will remove “oil” from the company’s name and fits nicely with its low carbon strategy unveiled last year. Will the new name embolden the company to accelerate its transition to a sustainable energy mix ahead of its current 2030 milestone? Time will tell.

Statoil’s name change comes after Orsted (previously Dong Energy) underwent a similar name transformation late last year. Orsted is a Danish energy company that started its existence with a heavy dependence on coal. It began its green transformation about a decade ago, phasing out coal consumption by 73% in 2017 and targeting a full withdrawal from coal by 2023. The company also divested all of its oil and gas assets in 2017 and is focussing on being a global leader in offshore wind. It currently holds a 25% market share in the industry, powering 9.5 million people. Its aim is to power 30 million people by 2025. The name Orsted is a homage to Hans Christian Orsted, a Danish scientist who discovered electromagnetism.

Full scale name changes are not the only ways the big oil and gas companies are trying to prove their commitment to the energy transition. Companies, such as Shell, are rebranding themselves as full service “energy” companies (not oil and gas companies). Indeed Shell is currently being pressed by an activist shareholder group to make a radical shift away from fossil fuels. This shareholder group, called Follow This, contends that Shell’s current commitment to reduce its carbon footprint by 50% by 2050 is not sufficient to meet Paris Agreement thresholds. A similar resolution brought by Follow This last year was rejected by 94% of Shell’s shareholders. However, with climate change, the Paris Agreement and global warming now regularly in the headlines, perhaps this  year the resolution will find more traction, especially following this week’s publication by Shell of the radical Sky Scenarios report. The report focusses on technically feasibly but challenging steps that need to be taken over the next 50 years to ensure the Paris Agreement targets are met. The seven key steps outlined in the report are:

2. A step-change in the efficiency of energy use leads to gains above historical trends.

3. Carbon-pricing mechanisms are adopted by governments globally over the 2020s, leading to a meaningful cost of CO 2 embedded within consumer goods and services.

5. New energy sources grow up to fifty-fold, with primary energy from renewables eclipsing fossil fuels in the 2050s.

6. Some 10,000 large carbon capture and storage facilities are built, compared to fewer than 50 in operation in 2020.

7. Net-zero deforestation is achieved. In addition, an area the size of Brazil being reforested offers the possibility of limiting warming to 1.5°C, the ultimate ambition of the Paris Agreement.”

The increased activity among the large oil and gas companies to embrace transition is commendable. Whether they are doing this out of genuine concerns for the future of the planet or because investors are now rapidly starting to pull out of oil and gas stocks is debatable. Either way, though, provided the net effect is that we witness a sustainable realignment of the energy mix, all such news is good news.