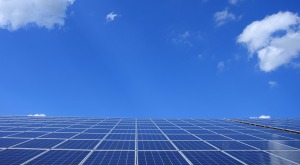 Big businesses often get lambasted for ignoring their impacts on the environment.

However, with climate change and energy efficiency issues currently high on the agenda, a growing number of big businesses are beginning to take impressive steps towards going “green” through the RE100 initiative, “a collaborative, global initiative of influential businesses committed to 100% renewable electricity, working to massively increase demand for – and delivery of – renewable energy“. So far the initiative has 96 signatories and these companies are coming up with some innovative solutions to meet the goal of 100% renewable electricity generation.

Last week, Goldman Sachs, the global investment bank, signed its first power purchase agreement with a subsidiary of NextEra Energy Resources, LLC which will result in the development of a 68 MW wind farm in Pennsylvania. The power purchased by Goldman Sachs pursuant to this agreement would cover its electricity needs in North America. This heralds a positive step towards Goldman Sachs’ aim of using 100% renewable energy for its global electricity needs. It also shows the bank’s desire to actively contribute to the creation of new clean energy generation. The project is expected to come online in 2019 and will result in the reduction of more than 200,000 tons of greenhouse gas emissions per annum once operational.

In March 2017, Anheuser-Busch InBev, the beer giant, made a commitment to acquire all of its purchased electricity from renewable sources by 2025, amounting to a shift of 6 tWh of electricity annually to renewable sources. The company estimates that this would cut its operational carbon footprint by 30%, which is the equivalent of taking 500,000 cars off the road. It intends to meet this commitment by investing in some renewable electricity, such as solar panels, onsite, and from a majority of direct power purchase agreements with renewable energy generators.

Since 2012, the LEGO Group has invested approximately US$ 890 million in offshore wind power and in May 2017, it met its target of acquiring 100% of its energy from renewable sources.

Finally, Wal-Mart Stores Inc., the global retailer, has made two commitments to be met by the end of 2020 in line with its aim of achieving 100% energy from renewable sources. Firstly, it seeks to procure 7 billion kWh of renewable energy globally by the end of 2020 and secondly, it is working towards reducing the energy per square foot intensity required to power its buildings by 20% compared to 2010. The company believes it can achieve these targets through long-term power purchase agreements which it has always found to be an effective way of shifting towards renewable power.

And something I was interested to learn is that Apple already generates 93% of its electricity worldwide from renewable sources, with operations in 23 countries being 100% run on renewable power. Great work!