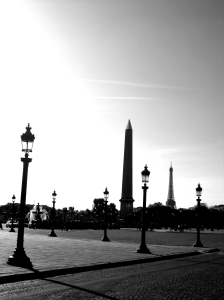 In my original post about Trump’s withdrawal from the Paris Agreement, I discussed Michael Bloomberg’s efforts to replace the outgoing USA with a new signatory consisting of a coalition of American states, cities and companies. Positive steps have now been taken in this direction.

The coalition has issued an open letter entitled “We are still in“, pledging allegiance to the Paris Agreement. It now boasts over 1400 signatures.

During a G-7 environment meeting in Bologna, Italy earlier this week, Patricia Espinosa, executive secretary of the United Nations Framework Convention on Climate Change, announced that she will work towards enabling regions, cities and other sub-national players to join the Paris Agreement officially.  It is still unclear how this would work in practice, but the political will is there to ensure that even if America withdraws, the efforts and contributions being made by its states, cities and companies are not ignored.

In a bold move on 6 June, Hawaii passed legislation affirming its dedication to the Paris Agreement. It is the first state to officially confirm its position and hopefully, this will pave the way for other states to join.

The G-7 meeting concluded with the issue of a communique signed by all ministers, other than the US (whose representative only attended one session of the two day event). This communique reaffirmed international commitment to the Paris Agreement and also addressed other sustainability issues, including ocean pollution, energy efficiency and the need for increased funding to assist with reaching the sustainability goals.